Go to Menu Go to Contents

Based on National Transport System Efficiency Act (Article 90. The establishment of NTIC), the traffic data collected by local governments, regional administrations, Korea Expressway Corporation, private financed highways and private sectors are gathered and processed in NTIC. Subsequently, NTIC provides the refined traffic information back to these providers and the major national organizations including the National Emergency Management Agency and National Intelligence Service as well as private citizens

- Operation of ITS Standard Management System

Node and Link, the units of electronic map, are systematically managed at the national level in NTIC so that it provides various stakeholders like ITS operators and project contractors with the unified conditions to efficiently connect the traffic data collected respectively 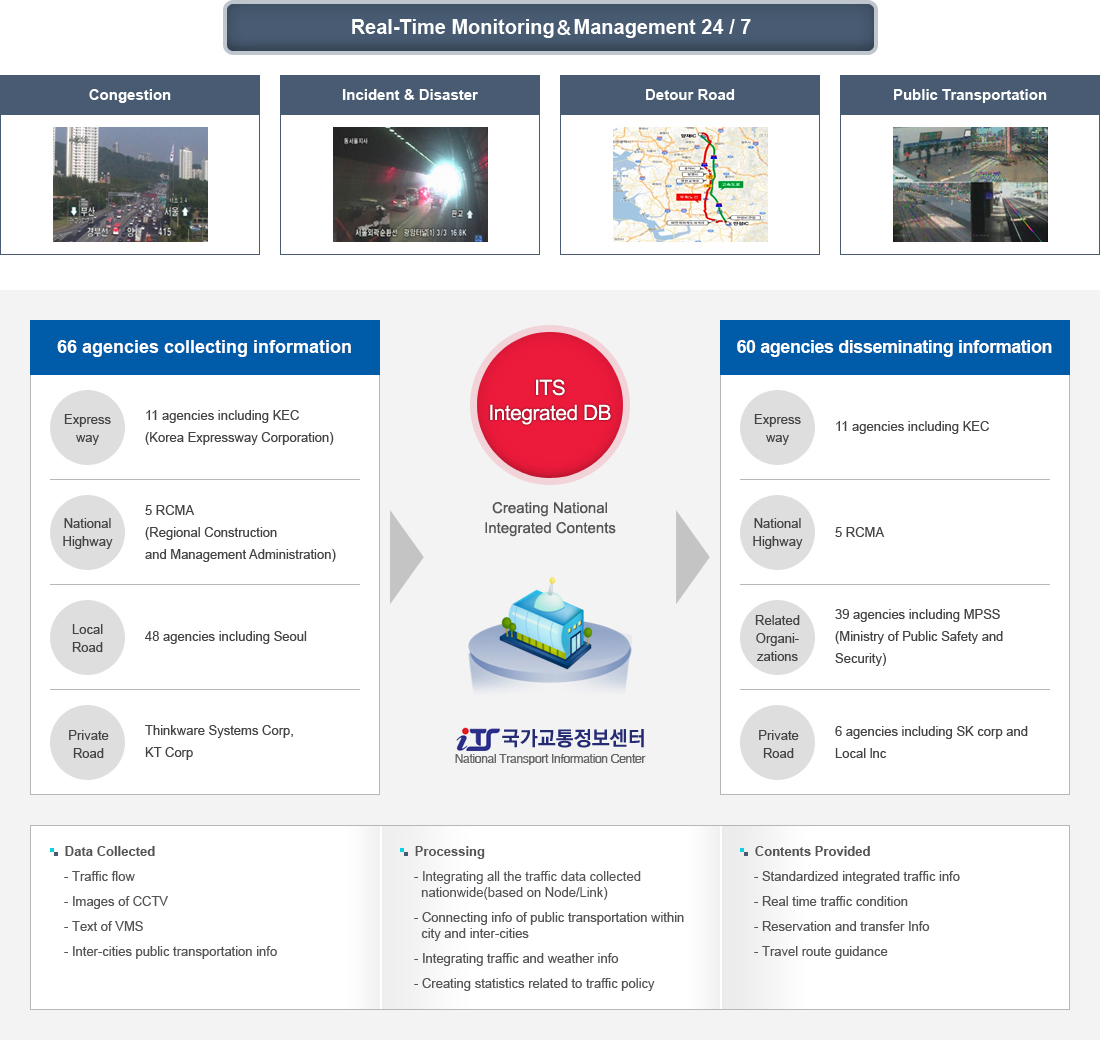